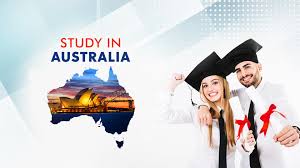 Find below the grading system in Australia form one province to the other:

However, Degrees with Honors tend to have a different grading scale. Honors degrees usually include an additional year of study to the standard undergraduate degree.

The two dominant tertiary institutions of higher education include the Australian National University and the University of Canberra, both of which follow a grading system similar to the one given below.

One of the most popular study destinations in Australia, the state of Victoria has around 9 different universities in its region. These include the University of Melbourne, Monash University, La Trobe University, Swinburne University of Technology and Deakin University.

Australia’s Northern Territory is home to only one tertiary institution which is Charles Darwin University, which follows a grading system similar to the one below.

Although not very common, GPA scores tend to be used in relation to Law and Medicine courses in Australian universities.

ATAR scores or the Australian Tertiary Admission Ranks are also a strong component of the education system. Government-sponsored positions and opportunities are offered to students who surpass a certain ATAR threshold.

The value, as expected, will correspond to academic performance. For example, an ATAR score of 80.00 explains that a student with such a score has performed better than 80% of all other students in that cohort.

So this is the summary of the grading system in Australia for students who are pursuing their studies in that country. Its important that you take note of this, so you will be able to calculate your grades and know if you have passed or failed the program.

How can I apply for admission into Australian University?

All Australian Universities accept online application for admission. All you need do is search for your desired program, check if you qualify to apply, gather all required documents, go to the university website, locate the online application and start your application. Once you submit it, the school will contact you if you have been admitted.

Do I need to sit for Toefl or Ielts before I can study in Australia?

Since all Australian Universities use English as medium of instruction, its important that you show you proficiency in English. You can do this by sitting for Ielts or Toefl and presenting the scores to your chosen university. Students who come from countries where English is their mother tongue are usually exempted from presenting English language test results.

Can I work and study in Australia

Yes, international students can take up part time jobs while studying in Australia. Students can work for up to 20 hours per week during school period and full time during holidays. The average wage per hour is from AUD$12 to AUD$30.

Is it easy to get Australian visa?

Its not difficult to get a visa to study in Australia. Once you get admitted into an institution, get the acceptance letter; ensure that you have all documents needed to secure a visa. If don’t know the documents to present for visa, contact the embassy in your home country and get all these details before submitting you visa application. Once you do all these, you will surely get a visa to study in Australia.