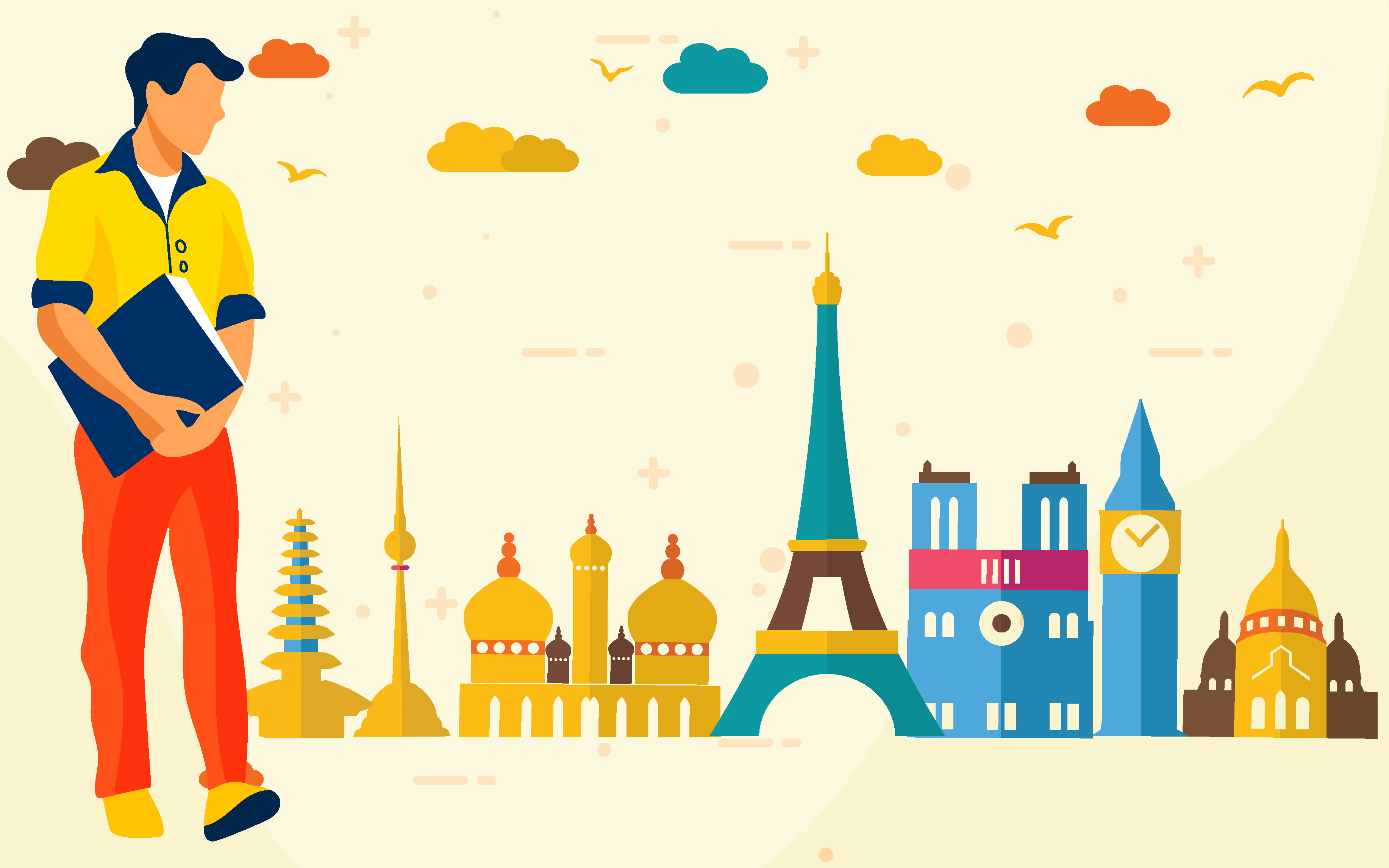 Today’s students have endless opportunities to study in different countries with affordable costs. Millions of students from around the world choose to earn their degrees in Europe and the number is growing high every year. Even European Universities provide free for international students with a world-class education, a chance to develop useful language skills, and unique and engaging cultural experience.

Studying abroad means tons of opportunities to meet new people, a new culture and drive into a world class education. For now students want to go to China, Japan, USA, and other European countries for higher studies. If you want to study in Europe, your parent’s income is not a deciding factor in the quality of education you receive. There are world-class tuition fee universities in European countries such as – Norway, Denmark, Germany, Finland. You might have to give administrative fees of a few hundred Euros. If you are planning to study abroad this might be your cheapest option to get the cheapest degree from top universities in Europe.

If you can afford to pay an average annual cost of about 20,000 Euro then you should count yourself lucky. If you can’t afford such a cost, but you are able to nail a scholarship somehow, you should count yourself lucky as well. But you have neither money nor scholarship, you should not give up too. You can still fulfill your dream of studying in Europe. It’s true that you can’t go to Oxford or Cambridge but you can go to other cheaper but prestigious universities in Europe.

So, here are the top 10 countries in Europe where you can get a reputable university degree with free or very cheaper costs.

Germany is one of the top study destinations for international students in Europe. The secret behind Germany’s world-class research and innovation is free access to undergraduate and graduate studies for everyone. In Germany it does not matter where you come from, you don’t have to pay for a bachelor’s degree at a public university. In Germany, you can find around 300 universities with over 900 international master’s degrees to choose from.

In some German cities, the cost of living may be higher compared to other cities in Europe but it is more affordable compared to Paris and London. The average living expenses in Germany are 800 EUR/month

One of the most visited countries in the world with a world-class education, It is perhaps one of the most traditionally rich countries in Europe with a Rich flavor of art and tradition. France holds different meanings for different people. France has very balanced costs for those who want to pursue a bachelor’s or master’s degree here.

France universities offer diverse accommodation packages for international students at affordable rates aside from a negotiable registration fee, most public universities in France do not charge any tuition fee. Living expenses will be highest in the capital, Paris. Paris is named one of the world’s numbers one student cities. The average living expenses in France are 700 EUR/month

Austria is another country where students can study for free. Foreign students can benefit from study grants and scholarships. The quality of life is very high and the country has a low crime rate.

There are many gorgeous landscapes waiting to be explored and if you’re not already into sports, there are high chances you will be once you move to Austria. Having its rich history and culture, this European country seems to have it all. The cost of living in Austria for students compares favorably with other European countries. Living costs will set all students back approximately 1000 EUR/month

Although all of the Nordic countries are comparatively affordable study destinations Norway is the most popular as it remains free for everyone. Europe’s Nordic countries are known for their high quality of life and striking natural charm. It is also a reason to study in Norway is the availability of English-taught programs at all study levels, plus a high number of locals proficient in English.

However, Norway is one of the most costly countries in the world compared to the living expenses to other countries. Even if you have to pay all fees elsewhere(low budget countries), it might still be cheaper overall than Norway. It may cost 1200- 2000 Euro for living in Norway.

Sweden has over 10+ universities that rank in the top 500 universities worldwide, which itself proves the quality of education.  If you are enrolled in a school that is a partner university to universities in Sweden, you can take part in their study abroad exchange programs as free. Ph.D. programs are free, however, for international students.

Spain is the stuff of study abroad fantasies. Mediterranean climate, grand beaches, a lively food and music culture, and opportunities for language immersion make studying in Spain the dream of many students. Most universities in Spain focus on teaching in Spanish, the trend points toward more degree programs offered in English.

If you’re looking for an affordable degree in Europe, you can consider Italy. It is home to some of the oldest universities in the world, which offer high-quality education and low tuition fees, or sometimes it is free. You can also enjoy traveling and exploring the rich culture and history of Italian ancient cities.

The cost of living in Italy for students can be high or low depending on where you live. In tourist areas and main cities particularly in the North are more expensive than in smaller towns. In one month, a budget of 1000 to 1500 Euro can need  for living expenses like feeding, accommodation, transportation, etc

Ukraine is one of the biggest and most populous countries in Europe. Though it might not be the first choice for the majority, it is popular among international students for having affordable tuition fees, internationally-certified degrees, low living costs, and multiple English-taught programs.

The cost of living in Ukraine is low yet the standard of living compares favorably with other European countries. There are also job opportunities during the summer holidays. Deserving students are assured of receiving a  student visa. Overall, in order to live comfortably while studying in Ukraine, the student should have 600 to 800 Euro/month.

Portugal offers a Mediterranean climate, beautiful coastline, and cities packed with historic interest and culture. experiences. Portugal is also known for its contemporary culture and nightlife. Portugal has some of the best European Universities. Portuguese universities have an old tradition of research and higher education, besides being an attractive destination for international students. On a general basis, most Public universities in Portugal have low tuition fees. That being said, there are several Private universities that offer a 100% fee waiver on the basis of the student’s evaluation marks.

Read also: Top Tips For Getting a Scholarship

Denmark is one of the most culturally and economically developed countries in the world. The country owns a high standard of living, It is one of the most popular international study destinations in Europe for its low study costs, high-quality Master’s degrees, and innovative teaching methods.

Though a smaller country, Denmark has a high standard of Education. If you are an EU/EEA or Swiss citizen, you are able to work in Denmark throughout your studies, without any restrictions, but you will need a work permit. If you are from anywhere else like Asian or African citizens, you will be able to work up to 20 hours per week during term time. On average the living cost of Denmark is 800 to 1800 EUR/month.

Studying abroad or Europe doesn’t have a burden on your budget. There are so many top class universities all around the world who offer scholarships for international universities . Sometimes it can even be more affordable than studying in your hometown. Europe remains a well-known, highly studied destination for students seeking refuge from expensive colleges and universities. Many top-class universities offer top-quality programs of study in English with full scholarship. You should really think about what you’re passionate about and, based on that answer, make the final decision for your next study destination.