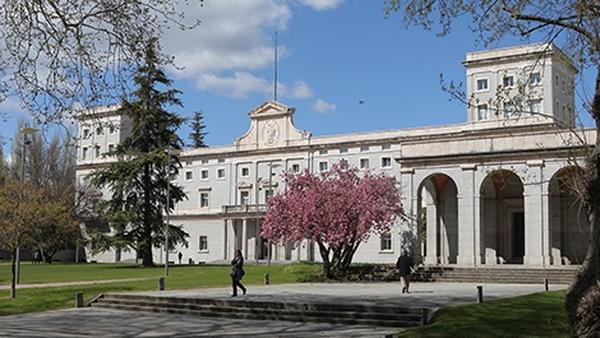 When thinking of a very prestigious University in Spain, University of Navarra readily comes to mind. The University which produced a great Philosopher like Leonardo Polo, Physicist Pedro Miguel and former UK transport secretary, Ruth Kelly, is a non-profit, private school which boasts of a stand-out record in research which is second to none.

Located in Pamplona, Navarra, Spain, the university was founded in 1952 by Josemaria Escriva de Balagurei, with the primary aim of inculcating core values in students.

The University initially began as a Law School, but today she now has four Campuses, with the main Campus in Pamplona, the Engineering Faculty in San Sabastian, while the IESE Business Schools are in Madrid and Barcelona which are both in Spain and New York.

There is also a teaching hospital run by the school, which attends to the needs of over 100,000 patients yearly, well-managed by about 2000 qualified professionals. They also carry out medical research which focuses on these key areas, Oncology, Neuroscience, Cardiovascular Science, and Gene therapy and Hepatology.

The University of Navarra now has over 11,000 students, of which over 8000 of them are undergraduates.

Forms to apply are available on the school’s website.

The language requirement would depend onprogrammebeing applied for, a report of Spanish Language test should be submitted by international students, also with an English Proficiency test for bilingual programmes.

There’s no special housing program affiliated with the University, hence the Housing services have details about housing both on campus and off campus. However because of the limited available rooms, intending students are advised to use the Accommodation finder system to search for an available place to stay and apply on time.

There is also the option of shared apartments, which are common with exchange students who take up houses near the city and split the cost, usually ranges from 250 to 300 Euros per month. Students who are interested in this must note, the first month rent should be paid in full and in addition a one month’s bail-deposit must also be paid.

POMPOLA is delicately placed in the heart of Navarra, a region of very hospitable people with great parks and gardens with a well-connected train stations which connect to different cities in Spain including Barcelona and Coruna.

Cars are the most used means of transportation in Pompola due to its awesome road network and its proximity to Madrid and Barcelona. The Airport is located in Noain, which is just 5km from Pomplona.

There are about 370,000 inhabitants living in Navarra region, who love the festival of San Fermin and anxiously anticipate the running of the bull which takes place every July. Thinking of how to have a wonderful time with friends? The Old Quarters is the most popular place to have a nice time while sharing pinchos.

Cost of living mainly depend on the lifestyle of the student, but €700 – €900 monthly, should be enough for the average student.

Read also: How to Study Abroad in Czech Republic: Application Process, Tuition and Cost of Living

The excitement of learning a new language is always a main reasons people wish to study abroad, now a language which is the second most spoken language in the world, is always a dream for most people to learn as the knowledge of Spanish always significantly enhances ones CV.

Students from the European Union countries just need either an identity card or a passport to live in Spain, they do not need Visa in Spain. However applicants coming from other countries would need a Visa in their passport, as long as they plan to stay in Spain above 90 days.

To get a student Visa, a letter of Acceptance would be required by the student, and this would be made available by the University to the consulate.

Foreign students must know  this Visa would not enable them do any kind of job in Spain, however, students who would be permitted to work only in extreme circumstances, must have a Student Card, and this would only be valid for a one year period.

Applicants from the EU countries, must get a European Health Card from their country, as this would also cover their health care in Spain.

While students from other countries are advised to confirm if there is any arrangement between their National Health System and that of Spain, if there is one in place, you should get a document from authority in charge in your country, as this document would help cover your health care on Spain.

However if you do not fall in any of these categories, while in Spain, it’s advised you take a private insurance health card.