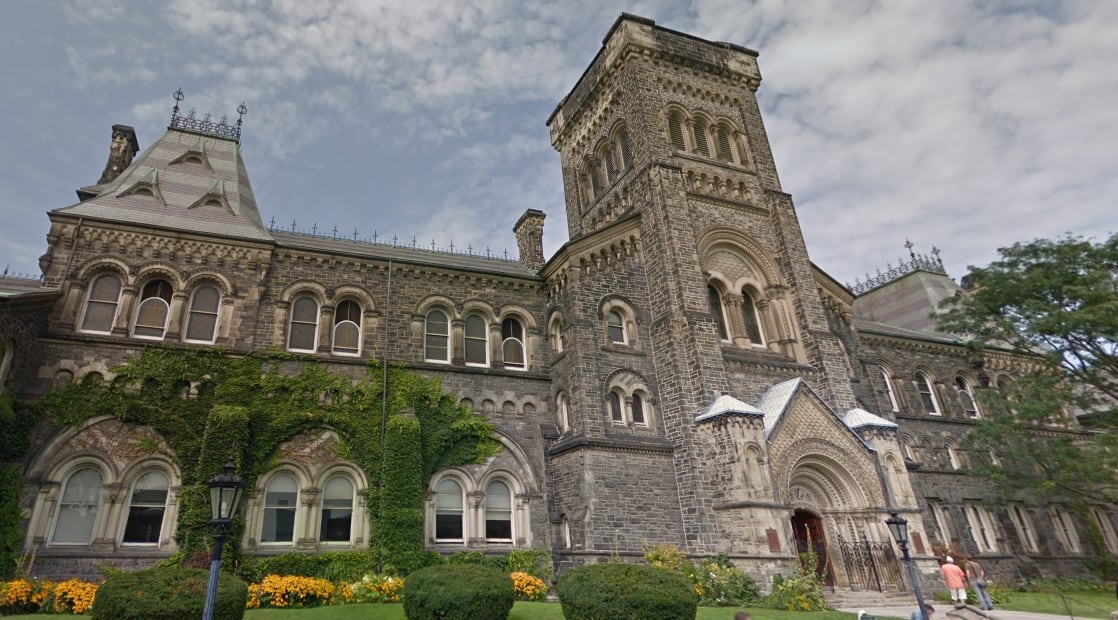 The University of Toronto is a public research institution which is located in Ontario, Canada. When it was founded in 1827 by the royal charter, it was called king’s College. It is the first university in the colony of Upper Canada and was first controlled by the Church of England.

The university had a name change in 1850 after it became a secular school. It is a collegiate university with eleven colleges and two satellite campuses which are located in Mississauga and Scarborough.

The institution has great achievements academically as they are known for their movements in communication theory and literary criticism. The school was where the creation of Insulin and stem cell research began. The practical electron microscope, multi-touch technology, identification of the first black hole, development of deep leaning and NP-Completeness all started there.

Out of any other Canadian school, the University of Toronto has gotten the most scientific funding and it is also a member of the Association of American Universities.

The school is represented by the Varsity Blues and the earliest recorded football in a college took place in the school in the early 186os. The University of Toronto also has many notable alumni. They have educated 4 prime ministers, 3 Governor-General, 14 justices of the Supreme Court and 3 foreign leaders.

The first lieutenant-Governor of Upper Canada, John Graves Simcoe believed that creating a colonial college was necessary to counter the spread of republicanism from the US. On the 15th of March, 1827, King George IV issued a royal charter saying “from this time one College, with the style and privileges of a University, for the education of youth in the principles of the Christian Religion, and for their instruction in the various branches of Science and Literature, to continue forever, to be called King’s College. After the charter was proclaimed, the Anglican bishop, John Strachan became the first president of the college.

Kings College was a religious institution that was aligned with the Church of England and the British colony Elite (Family Compact). The clergy’s control over the school was opposed as reformed politicians wanted it to be secularized.

After a long debate, the newly elected president of Upper Canada voted that the institution should sever ties with the church and be called the University of Toronto. However, Mr. Strachan already resigned to open Trinity College which is an Anglican seminary. The Faculty of Medicine opened in 1843 and the medical school conducted in 1853 till it was changed to Toronto School of Medicine in 1887.

The school of Practical science was also established in 1878, followed by faculty of Law in 1887 and then the Faculty of Dentistry in 1888. In 1884, the institution started admitting Women.

In 1890, there was a fire in the college which destroyed about 33,000 volumes of books from the library. The library was renovated within two years and for the next two decades, the University of Toronto had a collegiate system and arranged federation with several colleges.

In 1896, the school started operating the Royal Conservatory of Music until 1991. Then in 1912, they also operated the Royal Ontario Music until 1968. In 1901, the first academic published hose was founded named The University of Toronto Press. In 1907, the founded the faculty of forest which had Bernhard Fernow as a dean and then in 1910, the first laboratory school by Faculty of Education was established named the University of Toronto Schools.

In 1949, the University of Toronto Institute for Aerospace studies was opened and then in 1964 and 1967 respectively, they opened campuses in Scarborough and Mississauga. The University became the first university in Canada to ever have a financial endowment that is greater than C$1 billion in 2007.

The school has had its own share of scandals; in 2000 kin-Yip Chun a professor sues the university on the grounds of racial discrimination. Then in 2007, a student filed a human rights application against the institution for dismissing and not investigating a case of sexual assault. In 2018, another student alleged a professor of anti-Semitism and discrimination but the school cleared the complaint.

The acceptance rate for the University of Toronto is 43% and it is mostly because of foreign students’ high enrolment. Every year, the institution enrolls up 90,077 students and Human resources and Labor review ranked them 25th worldwide for their employability and graduate performance.

The annual fee for University of Toronto is as follows.

That is the basic fee but it will definitely vary from program. So to get the correct tuition fee for whatever course you want to study, you need to visit their official website.

The University of Toronto offers 200 graduates and 700 undergraduate programs. They offer courses like

There are so many programs this great institution offers and you can check them all on their site.

To gain admission into Toronto University, the applicant needs a average GPA of 3.6 as a minimum of 3.8 has been considered too competitive. Having a high SAT can increase the chance of acceptance but the average score is 1600. Once you apply, you will need to submit an iBT, IELTS or a TOEFL test score. The score also varies to the acceptable one by a particular faculty.

That is all there is to know about University of Toronto. You can always go to the school’s official website to get detailed information about them and decide if you will consider enrolling or not.